Shopping Cart
Your Cart is Empty
Quantity:
Subtotal
Taxes
Shipping
Total
There was an error with PayPalClick here to try again

Thank you for your business!You should be receiving an order confirmation from Paypal shortly.Exit Shopping Cart

Once again the weather was kind for the annual ‘Sherlock’ competition which was held for the 12th time at Meole Brace Bowling Club on Saturday 17th July 2010. There was an amazing entry of 90 bowlers, many from Meole but as usual a number of invited ‘stars’ to enjoy a day which started at 10.30a.m. with the final finishing just after 8.30p.m.

The eventual winner Tony Hotchkiss, who has won the competition twice before played consistently well all day to overcome a talented field of bowlers. In the final Tony beat Doug Edwards (POWBC) 21-15 after being 10-0 down; Doug had beaten Glyn Herbert 21-15 whilst the winner had overcome soon to be 16 year old Aiden Hughes. The quarter finalists were Adie Jennings, Andy ‘Stav’ Jones, Brian Richards (Crescent B C) and Dan Williams. The winner of the ‘Lady who went the furthest’ was Katie Penny.

Before the start of the quarter finals a fun game was held with 8 players competing to get the nearest bowl to the jack…..they were blindfolded and turned round several times so it was difficult to get in the right direction. Jill Bishop was the best and more money was collected from spectators who sponsored their favourite.

The day was organised by Tudor & Val Bevan (who sponsored the competition) and Andy Wigginton. At the end of the competition Tudor thanked Barry Jennings for keeping the bowling going, Marg, Dave and Iris for keeping everyone well fed throughout the day, Tesco Store in Shrewsbury who donated the rolls and much more, the people who donated raffle prizes but most of all the bowlers and spectators for their generosity, the total so far has reached £1,112.00 which will be divided between the C F Clinic at RSH and Breast Cancer Clinic at Telford Hospital.

Hotch Triumphant for the third time! 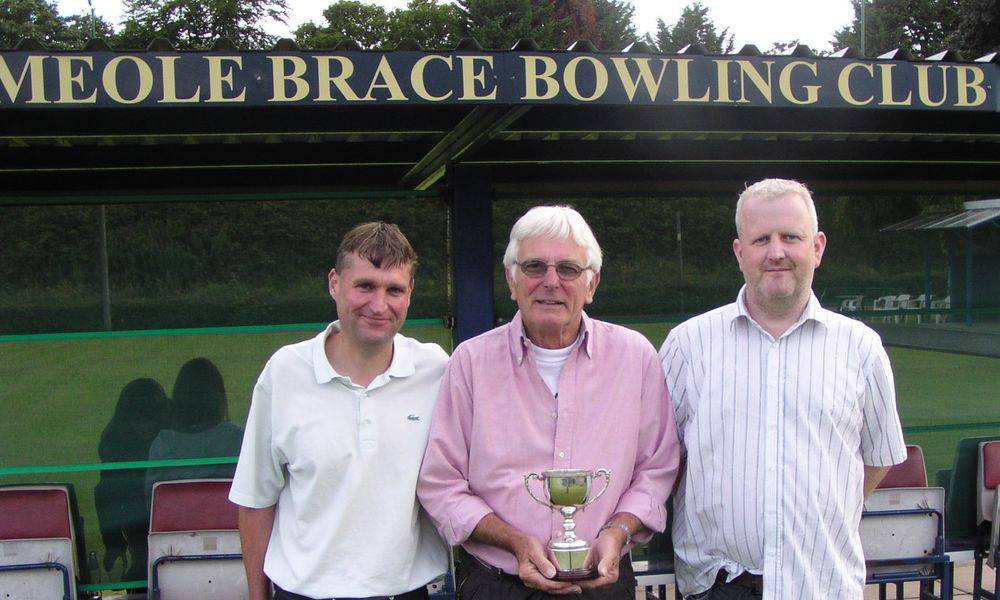 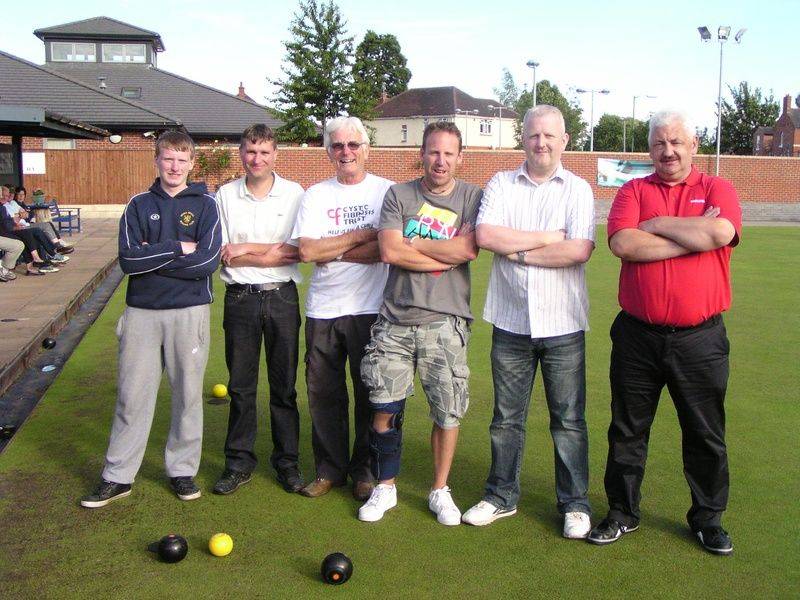 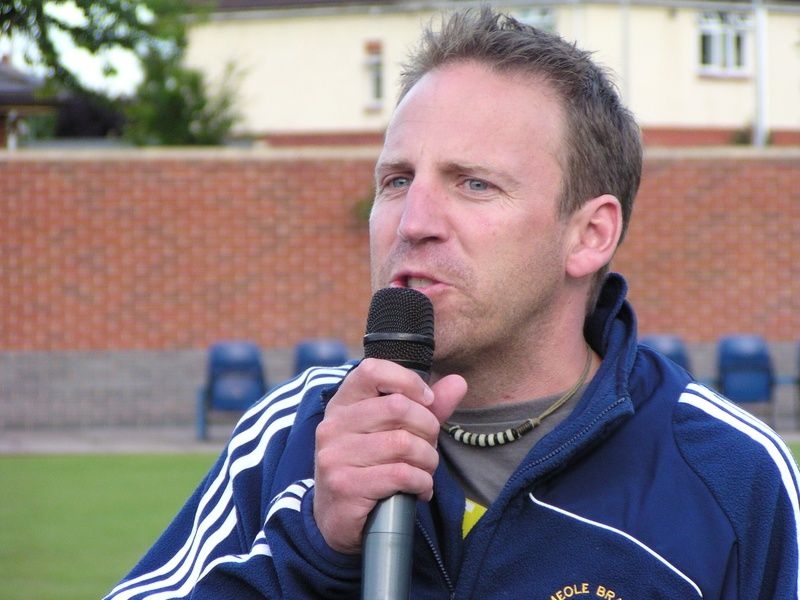 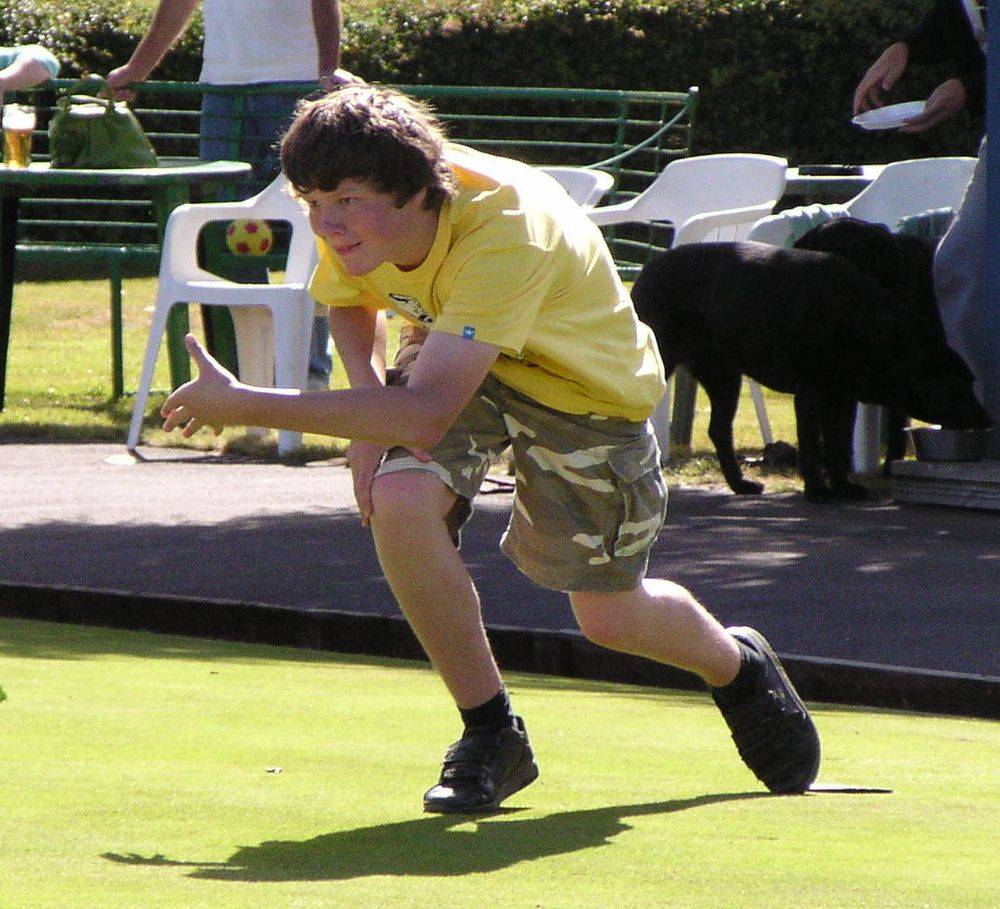 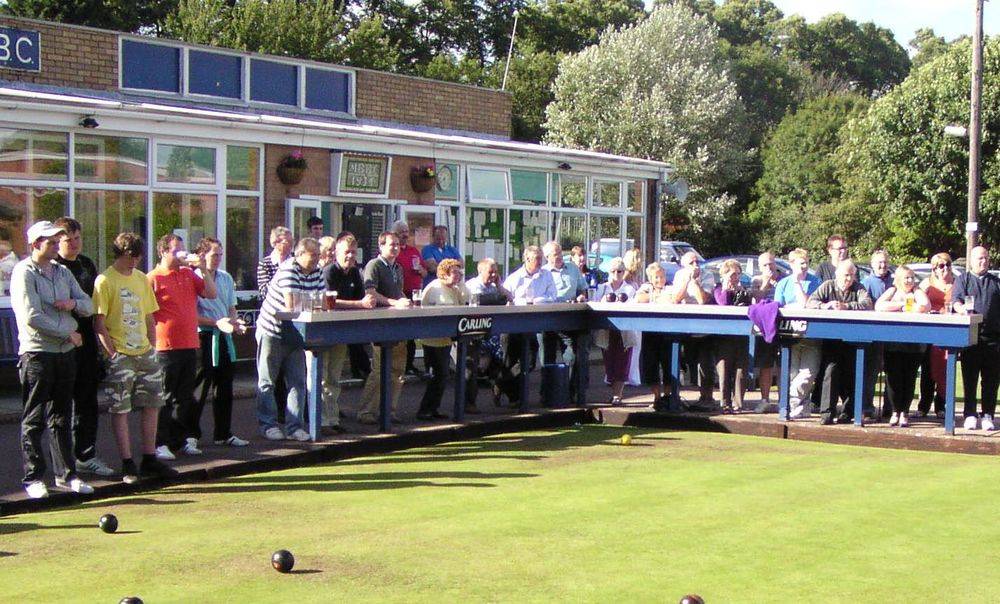 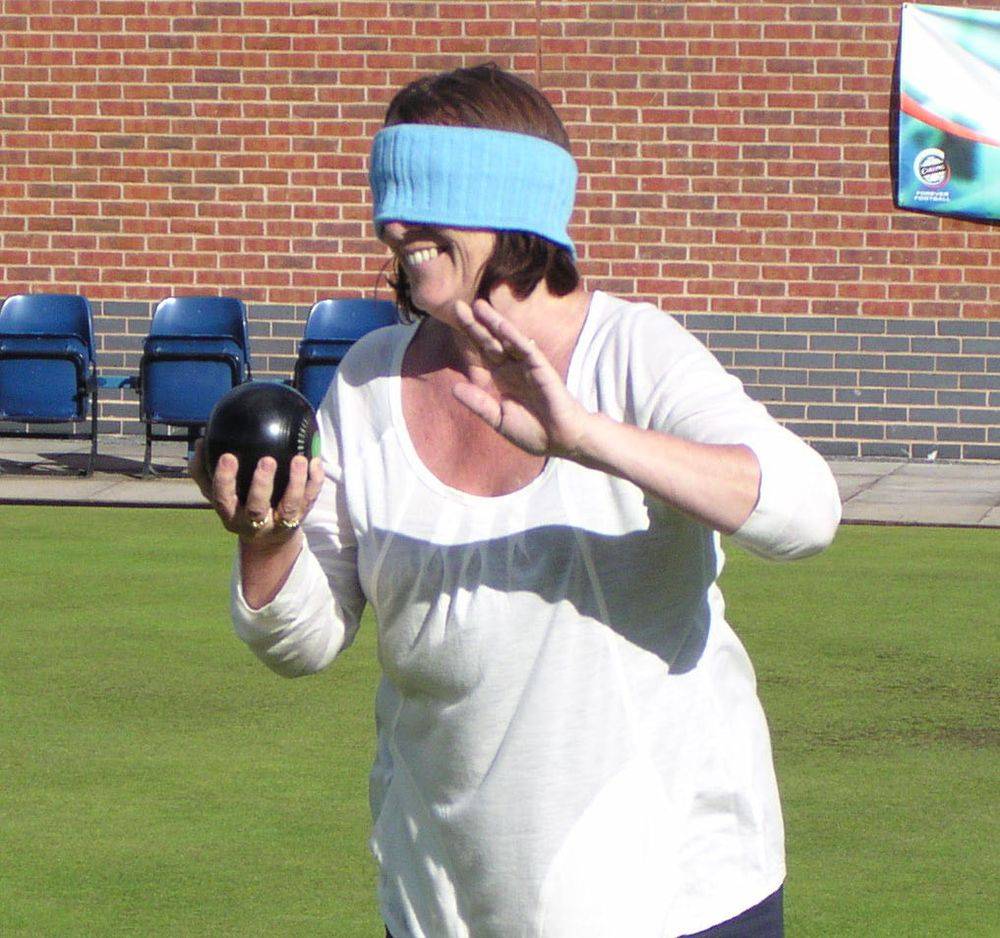